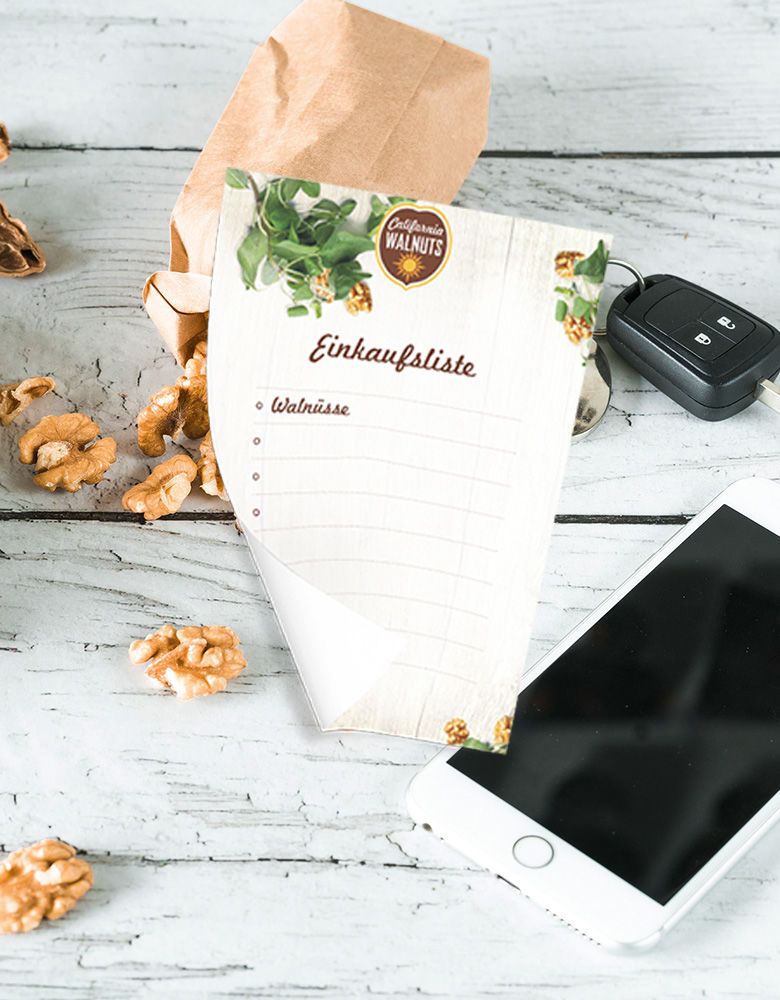 Bring me walnuts from California

In addition to the Coupies campaign, another cooperation with an app encourages consumers to buy walnuts from the sunshine state: The well-known shopping list app Bring has around 900,000 registered users in Germany. They can share their shopping list with friends or family members to make their daily grocery shopping easier. As part of this app, advertisements referring to California walnuts have been placed repeatedly since December. Users can then add these sponsored products directly to their list. The first time, they also receive additional information about California walnuts, for example on the benefits of the origin. Users will also be informed about further activities such as the Coupies cooperation or seasonal recipes. Successfully so: In December, walnuts were added to the shopping trolley around 5,000 times - around 10 times more often than generic walnuts in November. The results for the advertisements at the beginning of 2019 are also at a high level, even though the Christmas season, traditionally the strongest in sales, had just come to an end.

The next advertisements will be placed between April and July, pointing to the "Smarter Snacking" and the #TeamWalnut campaign. In addition, delicious recipes with walnuts and asparagus will be coming up.