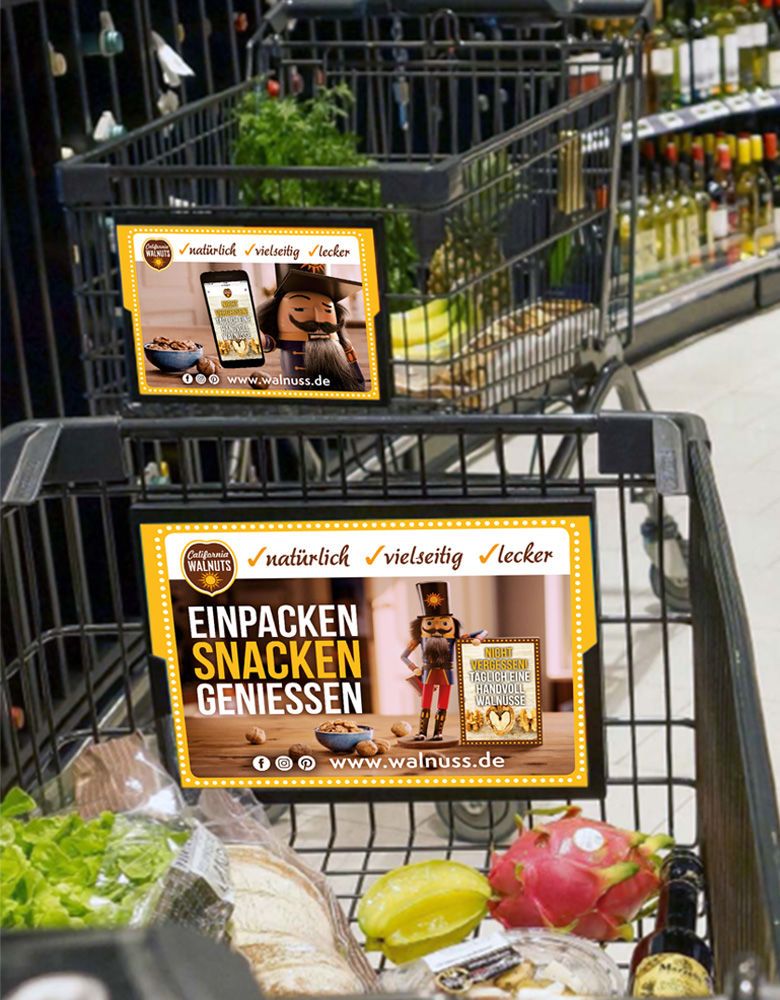 The countdown has started: The TV spot is going to air in February! Shopping carts already show the protagonist

The CWC TV spot, which is going to be broadcasted in all of Germany is starting in February but our Mr. Nutcracker – the protagonist of the spot - has already been featured in printed and online ads as well as on social media. He is also smiling back at us from around 1,000 shopping carts, which are in supermarkets all over Germany.

The shopping cart promotion supports the California Walnut Commission’s TV and digital campaign till the end of March. In the run-up, it raises the customers awareness of Mr. Nutcracker and while the TV spot is on air, the promotion creates high recognition at the point of sale, it also ensures active sales promotion of California walnuts.

To generate the highest possible distribution and reach of the promotion, shopping cart signage appears in numerous supermarkets in Germanys ten largest cities. this part of the campaign reaches over 7 million contacts in the target group during the four-months signage can be seen on store carts communicating “Don’t forget a handful of walnuts every day. California walnuts – natural, versatile, delicious.”

For more information on the TV campaign, click here:
https://www.californiawalnuts.de/166