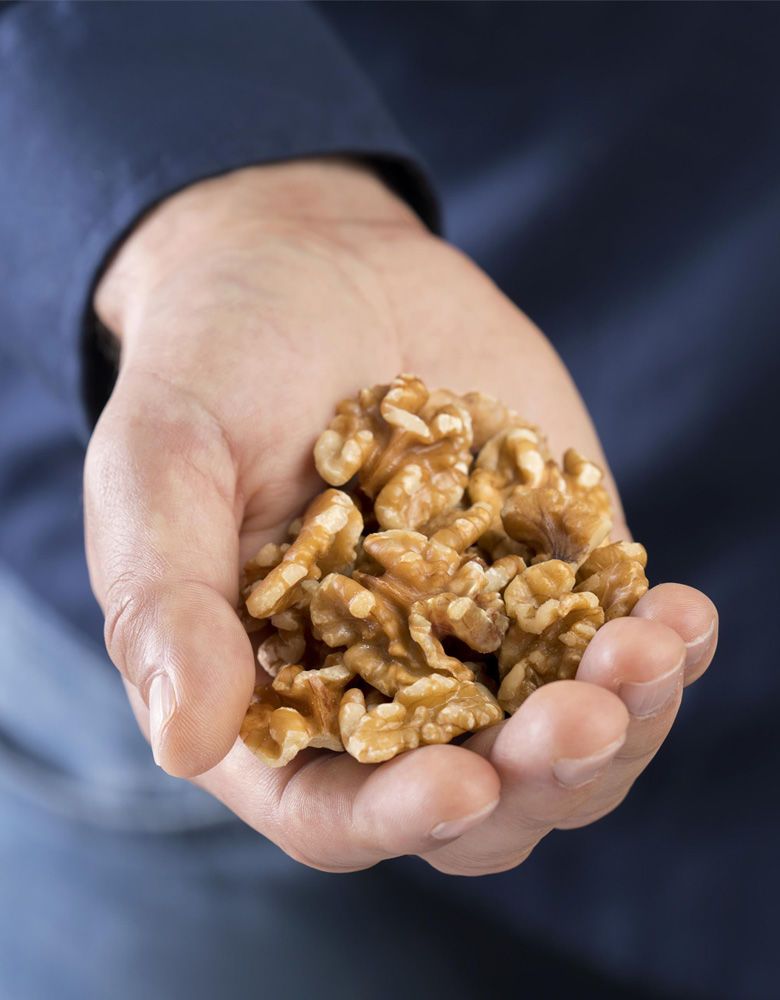 Interesting: Did you know ...?

It is well known that eating walnuts helps maintain cardiovascular health. In addition, the alpha-linolenic acid and polyunsaturated fatty acids contained in walnuts help maintain normal cholesterol levels. There are not only numerous studies on this, such as the one published by the American Heart Association in Science News, but also officially confirmed health claims by the European Food Safety Authority (EFSA).

Now, a new study in Biology of Sport centers on a completely different topic: steroid hormones. As recently published in the British edition of Men's Health, research results suggest that even moderate walnut consumption improves steroid hormones in physically active older men. Specifically, subjects' testosterone levels were increased by more than 10 % when eating 15 g of walnuts a day while doing moderate fitness training. Among other things, this contributes to the maintenance of bone density, muscle mass and libido. In addition, the release of the stress hormone cortisol was reduced, which in turn has a positive effect on testosterone production.

As Men's Health correctly suggests: The next time you feel like eating real man’s food, just reach for walnuts.

The complete results of the study were published in Biology of Sports and can be viewed here.