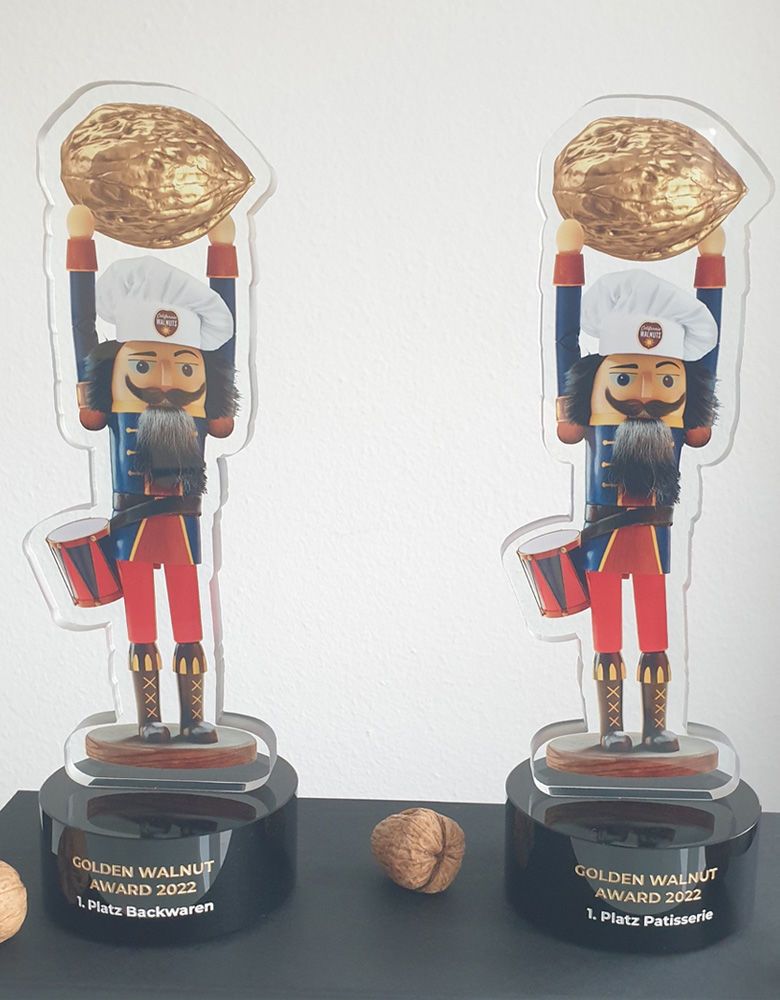 As part of südback, Germany's largest trade fair for the baking industry with over 35,000 visitors, the award ceremony for the GOLDEN WALNUT AWARD took place end of October in front of a large industry audience. The renowned jury Johannes Hirth and Jörg Schmid (Wildbakers), Bernd Kütscher (Director of the Federal Academy for the Bakery Trade Weinheim) as well as Annette Klingelhöfer (Germany's first chocolate sommelière) awarded the prizes to master baker Godehard Höweling in the baked goods category for his creation "Karamell Croissi Walnut" and in the patisserie category to Jan Maurer, master confectioner from the Black Forest for his tartlet "Barista's HochgeNUSS". 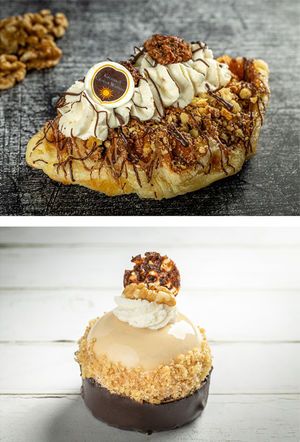 The two winners of the professional baking competition had prevailed over their fellow competitors in an exciting final at the Federal Academy of the German Baking Trade in Weinheim in early October. With their enormous versatility, all the recipes submitted reflected the high innovation and trend potential of walnuts for the craft.

Every year, professionals from the baking and confectionery trades compete against each other in the nationwide bakery competition. Impressive innovations have already emerged from the past years of the competition, many of which are now available in the sales counters of participating bakeries.

The GOLDEN WALUT AWARD attracts strong attention in the traditional baking and confectionery trade in Germany. The aim is to make Californian walnuts even better known to bakers and confectioners as a valuable premium ingredient all year round and to establish them in the industry.