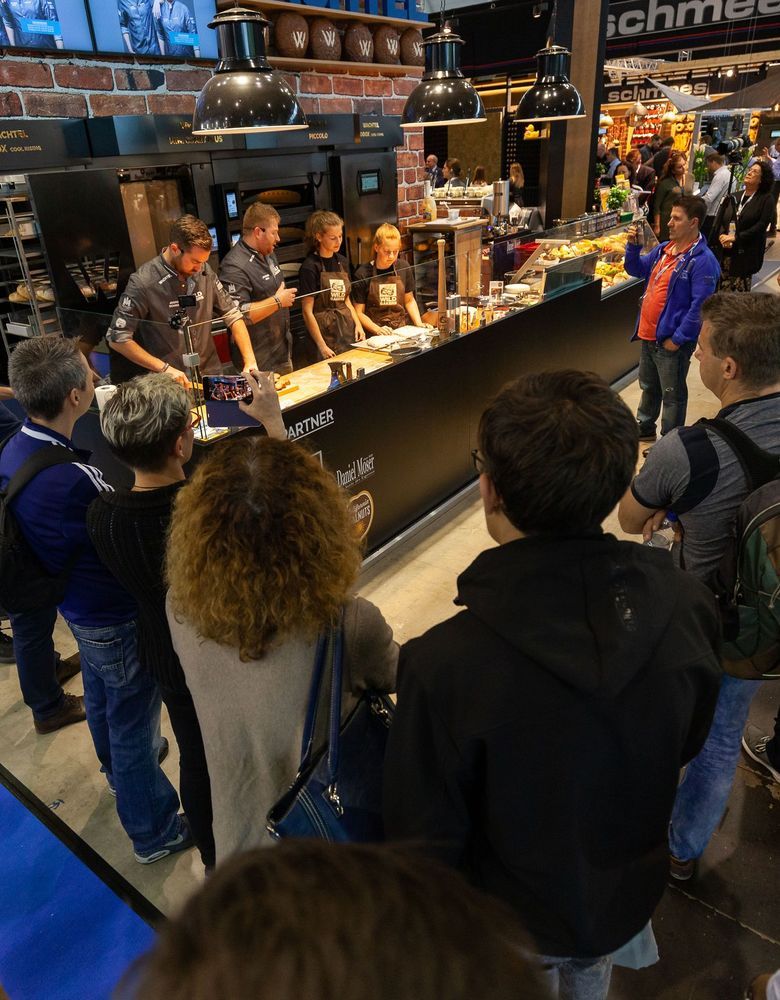 In our fall campaign, it’s (almost) all about baking. In late September at the südback trade fair in Stuttgart, California walnuts were on site for the first time at the booth of Wachtel, the oven manufacturing company. The two have something in common: the Wildbakers. Jörg Schmid and Johannes Hirth are two professional bakers whose innovative recipes and unusual baking projects have brought them a cult following in both the industry and the public as the Wildbakers. This year they joined forces with the CWC. Among other things, they are holding seminars called “Baking with California walnuts” in the late fall at various bakeries. Beyond that, these two culinary innovators who blend classic artisanry with creative ingredients and unusual approaches are a fundamental aspect of the CWC baking competition that will be held next year for the first time (more about that in the upcoming issue). They will not only be members of the jury, they will also serve as consultants. They have also been working closely with Wachtel for many years — the perfect baseline situation for positioning themselves at südback together and promote both the baking contest and the seminars.

The focus was always on walnuts, however. At the Wildbakers’ demonstrations at the Wachtel booth, delicious walnut rings were freshly baked and offered to guests during and between the shows. California walnuts also played a key part at the Wildbakers’ show at the trade fair forum. All in all, it was a successful event that also served as a useful dress rehearsal, since next year there will be a separate booth at the bakery competition.

südback is one of the most important events for bakers and confectioners, and acts as a meeting point for the bakery trade in the German-speaking region and other European countries. More than 700 exhibitors and around 38,000 visitors took part in the event in 2019.